I am always being asked what's the world's best theme park, and sometimes shock people by telling them that they'll find it in Japan, not America: Tokyo DisneySea is by far the most beautiful, atmospheric and sophisticated theme park to date, in fact it is better than anything you'll find at Walt Disney World. Here is my full review!

If you want to stay close to the park, book a hotel in 'Urayasu', not Tokyo. From Tokyo it's a bit of a ride which is either crowded (metro) or really expensive (taxi). My favorite is Hilton Tokyo Bay, it's walking distance. The Disney on-site hotels are of course more playful and magical!

It can get VERY crowded here! Avoid holidays, particularly the six week summer school break. Best time to visit is in fall or winter. It can get as cold as 2°C (36°F), but the park is so good you will forget about it. Go really early in the morning to avoid queues of 4 hours or more.

Running with the crowds to the FastPass machines may make you feel silly, but in jammed Japan it's really worth the investment. Luckily, the crowds at the adjacent Tokyo Disneyland park regularly exceed those at DisneySea.


TOP 10 theme parks worldwide (the ones worth traveling thousands of miles for): 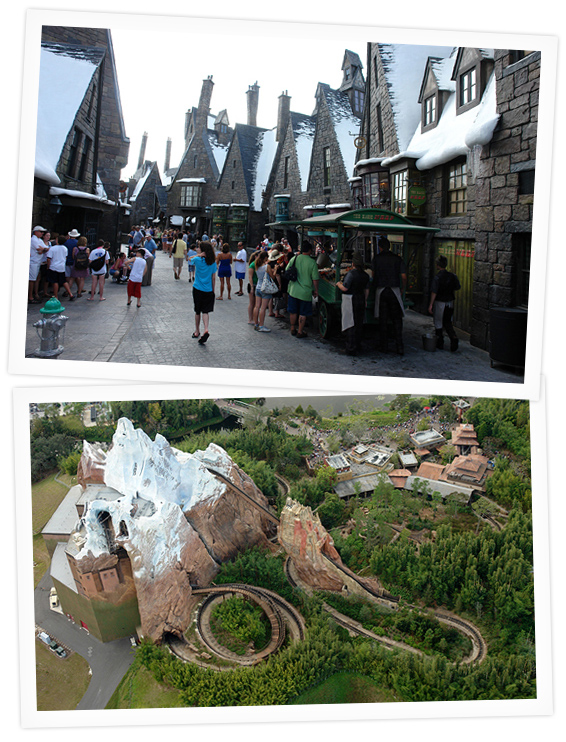 TOP11 would be Hong Kong Disneyland (Hotels nearby), a petite but picturesque Disney park that gets better year by year due to new innovative (and more thrilling) rides being added! Generally, all Disney-, Universal- and Kerzner theme parks are top-notch. Disneyland parks are located in Anaheim, Orlando, Tokyo, Paris and Hong Kong; Universal Studios parks can be found in Hollywood, Orlando, Osaka and Singapore; Kerzner properties are the casino/water park complexes Atlantis Bahamas, Atlantis Dubai, and Sun City in South Africa.

World-class theme parks beyond these brands are Alton Towers, Efteling, Europa-Park, Everland, Siam Park Tenerife and Wild Wadi. For coaster enthusiasts: Cedar Point, Ferrari World and Six Flags. Warner Brothers parks unfortunately play in a lower league, at least for now. Paramount has announced countless movie theme parks all over the world, but as of 2012 none have been built.

How to avoid crowds and queues

First of all, the obvious: try everything to avoid visiting during peak season (summer holidays, Christmas, Chinese New Year, Eid, exhibitions, sport events etc.). Check the LateRooms links below to see if hotel prices shoot up during the next 14 days, which is a good indicator for the worst.

If you can't avoid it, here is what you do: never enter a fully-packed theme park just before noon and queue for the first ride you see. You may end up doing nothing else that day. Instead, go early in the morning, and proceed right to the back of the park. If you see a lake in front of you upon entering, go left, not right. I witnessed the tendency of people to proceed counterclockwise, for whatever reason. Around noon/early afternoon, have lunch and ride the attractions close to the entrance.

Make use of Disney's FastPass and Universal's Express systems, but only on busy days. Ask the cashier for his/her honest opinion if it's worth the investment on the day of your visit. Look deep into his/her eyes. Pause a bit. They are trained to sell it to you. But they will crack if you hypnotize them. As a general rule, real queue times are usually a bit shorter than indicated, if Disney writes 60 minutes, it may be anything between 35 and 55 minutes. 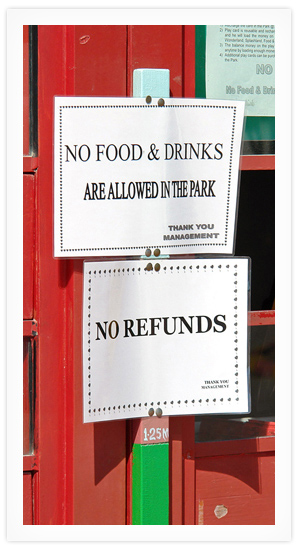 How to always get the lowest price

This is the best chapter. It took me six years of continuous traveling to learn all these secrets. If you combine them all, you can buy a car or boat from what you save per year as a frequent traveler, even if you were to stay in hostels and fly economy. No joke. 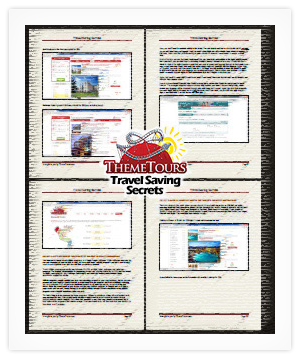 Now, what you just read was only for beginners!

There are more tips and tricks and some of them are so good (as in cutting the cost of your one-way flight tickets in half, or booking 'secret' hotels at steep discounts that are not secret for you) that I won't post them here online and have it indexed by search engines, nor give it away for free.

Here is the deal: for $0 you will receive an 18-page straight-to-the-point pdf guide, written by myself, with secrets gathered on the ground over a period of seven years of continuous traveling. You will learn how to cut your costs further, sharply further, without compromising on your travel standards.

By downloading this report, you will also subscribe to our OffHotels mailing list (check out that site, even better than this one). But be warned, you may become a little bit upset about how you've booked and overpaid for your trips in the past.

Download the Travel Saving Secrets Report
Back to top ↑

Which travel site to book at, and why: 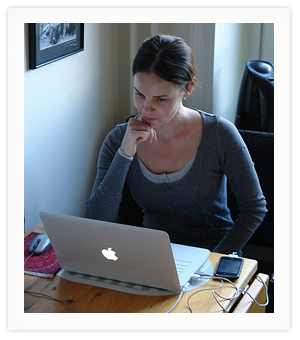 Airlines - the good, the bad, and the ugly

I really experienced many of them, so feel obliged to add this section, too. The good news is: after a while you get immune to any kind of turbulence. Lightning strikes - interesting! 'Cabin Crew please be seated' - adventurous! Plane tossing around wildly, passengers screaming - fascinating! But there are still operators and planes that remain scary and I wouldn't fly them again. Here is my list (I included only those I can clearly recall): 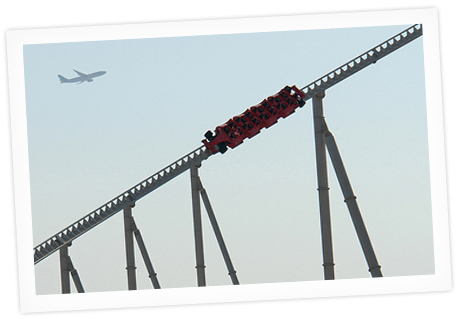